​Welcome to the home of Jewish Culture in Cyprus 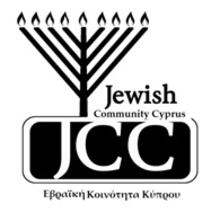 The jolly festival of Purim is celebrated every year on the 14th of the Hebrew month of Adar (late winter/early spring). Purim 2018 begins on Wednesday night, February 28, and continues through Thursday, March 1 (March 2 in Jerusalem). It commemorates the salvation of the Jewish people in ancient Persia from Haman’s plot “to destroy, kill and annihilate all the Jews, young and old, infants and women, in a single day,” as recorded in the Megillah (book of Esther).

The Story in a Nutshell

The Persian Empire of the 4th century BCE extended over 127 lands, and all the Jews were its subjects. When King Ahasuerus had his wife, Queen Vashti, executed for failing to follow his orders, he arranged a beauty pageant to find a new queen. A Jewish girl, Esther, found favor in his eyes and became the new queen, though she refused to divulge her nationality.

Meanwhile, the Jew-hating Haman was appointed prime minister of the empire. Mordechai, the leader of the Jews (and Esther’s cousin), defied the king’s orders and refused to bow to Haman. Haman was incensed, and he convinced the king to issue a decree ordering the extermination of all the Jews on the 13th of Adar, a date chosen by a lottery Haman made.

Mordechai galvanized all the Jews, convincing them to repent, fast and pray to G‑d. Meanwhile, Esther asked the king and Haman to join her for a feast. At a subsequent feast, Esther revealed to the king her Jewish identity. Haman was hanged, Mordechai was appointed prime minister in his stead, and a new decree was issued, granting the Jews the right to defend themselves against their enemies.

On the 13th of Adar, the Jews mobilized and killed many of their enemies. On the 14th of Adar, they rested and celebrated. In the capital city of Shushan, they took one more day to finish the job.

Read the complete story of Purim.

Why Is It Called Purim?

Purim means “lots” in ancient Persian. The holiday was thus named since Haman had thrown lots to determine when he would carry out his diabolical scheme. You can pronounce this name many ways. In Eastern tradition, it is called poo-REEM. Among Westerners, it is often called PUH-rim. Some Central-European communities even call it PEE-rim. (WARNING: Calling this holiday PYOO-rim—as English speakers are sometimes wont to do—is a surefire newbie cover-blower.)

Reading of the Megillah (book of Esther), which recounts the story of the Purim miracle. This is done once on the eve of Purim and then again on the following day.
Giving money gifts to at least two poor people.
Sending gifts of two kinds of food to at least one person.
A festive Purim feast, which often includes wine or other intoxicating beverages.

There is a spirit of liveliness and fun on Purim that is unparalleled on the Jewish calendar. If there were ever a day to “let loose” and just be Jewish, this is it! Read why here.

It is also customary for children (and adults, if they desire) to dress up in costumes. Read why here.

A traditional Purim food is hamantaschen (or oznay Haman), three-cornered pastries bursting with poppy seeds or another sweet filling. Read why here.

On the day before Purim (or on the Thursday before, when Purim is on Sunday), it is customary to fast, commemorating Esther’s fasting and praying to G‑d that He save His people. Read more here.

One of the unique aspects of Purim is the diverse timing for its celebration.

● Common Custom: Jews all over the world celebrate Purim on Adar 14, the day when our ancestors rested from the war against their enemies.

● Walled Cities: Since the Jews of Shushan rested one day later, their Purim was deferred to the 15th. This was extended to include any city that was surrounded by walls in the days of Joshua, notably Jerusalem.

● Small Towns: In ancient times, villagers only banded together with fellow Jews in the larger towns on Mondays and Thursdays, which were market days. Thus, the sages decreed that they should read the Megillah on the market day preceding 14 Adar. This custom is no longer practiced.

Note that on Jewish leap years, there are actually two months called Adar, Adar I and Adar II. Purim is celebrated in the second Adar, but 14 Adar I is still a happy day, referred to as Purim Katan (Small Purim).